Walter Pidgeon began his career in silent films, but it was his melodious voice (in combination with his charming good looks) that made him a star. His screen pairings with Greer Garson–a staggering eight of them–varied from romance to costume dramas to historical dramas, and most were well-received by critics and the public. But only one of their films together, Julia Misbehaves, was a comedy, and perhaps there was a good reason for that (as I’ll address a little further on).

Garson stars as Julia, a showgirl who had been married to the wealthy William Packett (Pidgeon) and given birth to a baby girl, Susan (Elizabeth Taylor), whom she had been forced to leave with William’s family after the couple separated. When Susan invites her mother to her upcoming wedding, despite the opposition of her grandmother (Lucile Watson), it starts a chain of events that throws the entire family into comic disarray, as one couple splits up and two more move toward future happiness.

The movie was intended to introduce a different side of Garson to movie audiences. Up until this point in time, Garson’s career had stayed almost unerringly in the dramatic arena, and studio executives wanted to put her in a comedy in an effort to refresh her image, which they felt had grown stale. In some ways, the experiment worked–the film is enjoyable, and Pidgeon and Garson, as always, make a great on-screen team–but there is an element of discomfort to Garson’s performance that underlies the entire movie. Perhaps I’m the only one who sees this, though. It’s just difficult for me to separate this Garson, the freewheeling source of unrest, from her other screen persona, the stalwart paragon of womanhood that she seems to play in many of her other roles. Typecasting can truly be a bitch.

Still, this movie is worth a viewing if only to see the talented cast at work. The supporting cast is wonderful: Peter Lawford, the young artist who engages Susan’s fancy, is a pleasing bit of eye candy; the hilarious Cesar Romero (best known to modern audiences as the original Joker on the 1960s camp-tastic television series Batman) shows up as Julia’s supposed “fiance;” and Nigel Bruce is wonderful as a hapless colonel named (no lie) “Bunny.” Plus, it’s interesting to see a young Taylor and Lawford in their first movie together; Lawford even gives Taylor her first on-screen kiss in this film, cementing her self-admitted crush on the older actor (an infatuation that made Lawford, who was 25 to Taylor’s 16, quite uncomfortable). Eventually, the two actors established a close, platonic friendship, and they would go on to co-star as Amy and Laurie in the following year’s version of Little Women.

So, let’s step away from my silly fun movies (again) to look at quite the drama. Mrs. Miniver is the story of a middle class society family in late-1930s Britain, well-liked and respectable. For the most part, they are picturesque, with a strong, well-loved mother and a respected father, Clem. Their son, Vin, has been away at college, and returning home falls (mutually) in love with the granddaughter of Lady Beldon.

When England enters the war in 1939, their lives are completely dismantled. Vin enters the RAF, Mr. Miniver is helping evacuate the British Expeditionary Force, and Mrs. Miniver has to deal with a German flyer. Add these personal trials to the blackouts, air raids, and tragedy of war, and you get something quite the opposite of their former lives. 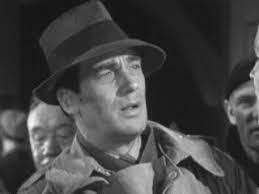 Walter Pidgeon steps away from the usual gentility in the later part of this film as he portrays the courageous Clem Miniver, (method acting, anyone?) and Greer Garson leads as Mrs. Miniver. Made in 1942, this piece really spoke to the public and to the academy, earning it a number of awards and nominations, including 6 Oscar wins. It’s tagline has boasted “Voted Greatest Movie Ever Made.” As is often the case, this great movie is hardly a happy one, but the story is honest and definitely designed to appeal to your emotions.