It’s been a while since I’ve written… apologies! I’m back in school, etc. I hope to post more this summer. Fortunately, we have awesome (and much more disciplined!)  bloggers.

However, I wanted to jump in and do one. You can say procrastinating. I’ve been wanting to review To Kill a Mockingbird for over a year, so now I’m doing it. Finally.

If you haven’t seen this movie… shame on you. Seriously. Go watch it.  Because the film and the novel are so iconic, I am not going into a lot of plot detail. For information about why the story is awesome, those comments are here.

So, without further ado, here are five reasons why this is one of the best films ever–ever.

1) Gregory Peck. I love him always, and Atticus Finch was just “the role.”  He gives an amazing performance and embodies Atticus as no one could have. It is a true “moment” in film, except it’s throughout the movie, so a long moment. 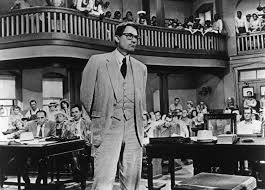 Atticus owning the courtroom! from johneaves.wordpress.com

2) Story. The story is touching and outstanding (see link above).

3) Nostalgia. I know this sounds redundant on a classic film blog (who of us isn’t nostalgic?), but it’s more than a yearning of the past or excellent film (which this fits), but it’s a nostalgia for childhood. This growing-up story is purely childhood, for all of its dark details. Scout grows up in a serious and still very special way, and watching the film, you feel Atticus is your father and that you’re growing up with her. That is great filmmaking. 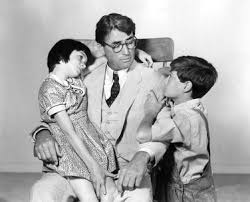 Atticus and his children from lauricewithlove.blogspot.com

4) Setting. This film is set perfectly. You get the full feeling of the time and place, which is paramount to the story. If you’ve read the book (which you must), you’ll recognize it immediately. You get to know the place as well as the people. 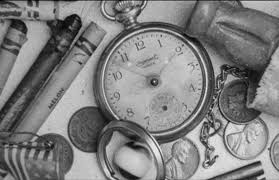 Icons of the story from watchesinfilms.info

5) Tone. From the credits of a child humming and coloring icons from the story to the manner of speech to the speed at which they unfold the story. The film moves steadily and maintains interest, but at the same time it gives the feeling of quiet. It feels like the iconic positive childhood: passing too quickly and too slowly, but still smooth and steady.

Fix some lemonade or ice tea (or mix them, which is my favorite) and sit down with this one, especially as this weather gets warmer. It’s perfect for the muggy setting!

3 thoughts on “To Kill a Mockingbird: Five Reasons It’s Wonderful”