I met Brandie a few years ago when we were both grad students. Our friendship blossomed when we realized that we were both classic film fanatics. She has been gracious enough to allow me to share my love of the *true classics* with her readers. Currently, I am teaching literature and humanities courses at a local college, and I enjoy reading, writing, and watching classic films in my spare time.

Some of my favorite classic films (these are not listed in order of preference, with the exception of Casablanca, which is, of course, the greatest film of all time):

I Was a Male War Bride, starring Cary Grant and Ann Sheridan (1949)

“Last night I dreamt I went to Manderley again…” (sigh) 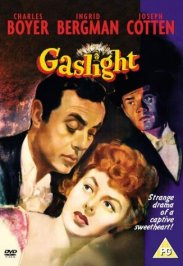 Reviewing my list of favorite films, you could argue that I’m a bit of a romantic, a rank sentimentalist; however, as most nerds tend to be, I am also a HUGE fan of sci-fi. While it may sound corny to some, there are few things more exciting to me than pondering the mysteries of our universe. I love the opportunity to allow my imagination to run wild and solve a great mystery.

One thought on “Sarah”